MFA Umeå 2018
4 Weeks
This is the result of a student project and does not necessarily represent the views of the brand.

The danger of burning yourself is constantly present in a lot of industries ranging from industrial maintenance to plumbing and foundry work. There are three scenarios presenting a harm to workers related to high temperatures: Contact burning, hazardous temperatures and malfunctions. To prevent these injuries, the Flir F2 ir-thermometer is constantly monitoring the temperature in enar reach for workers in hazardous areas during their daily work. Being part of the personal protective equipment it is seamlessly integrated into the workflow and simple to use in every situation.

How can an ir-thermometer be used to increase workplace safety?“

A small and lightweight ir-thermometer is attached to the protective helmet of the worked, constantly measuring the temperature within the eyesight and an armslenght of reach. If the measured temperature crosses the threshold set before, the worker is being notified with sound and a visual feedback, highlighting the identified area.

As a project exercise Flir was chosen due to its ecpertise in the field of thermal imaging. The brand values as well as the design language was analyzed to create a product which would fit inside their portfolio. 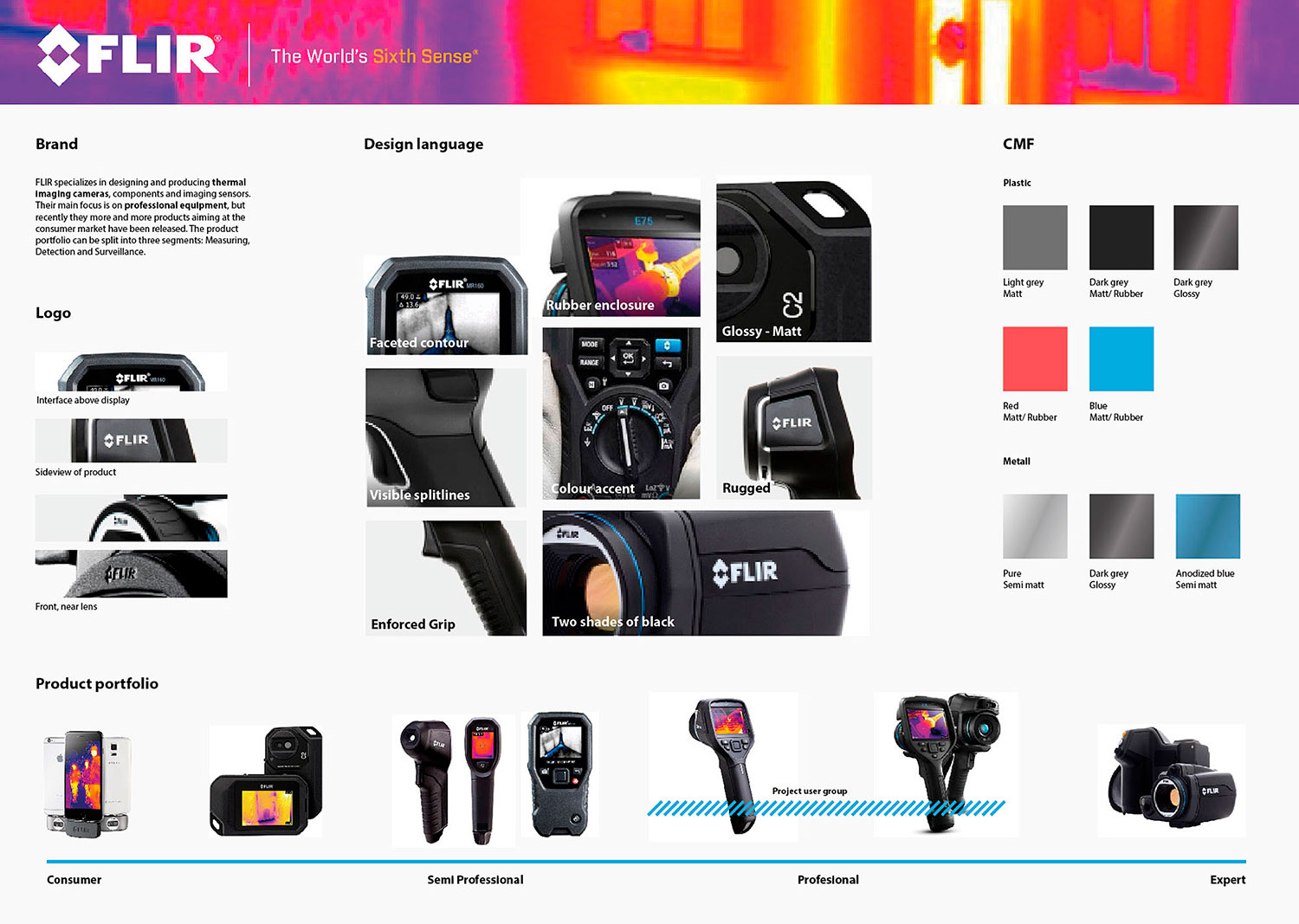 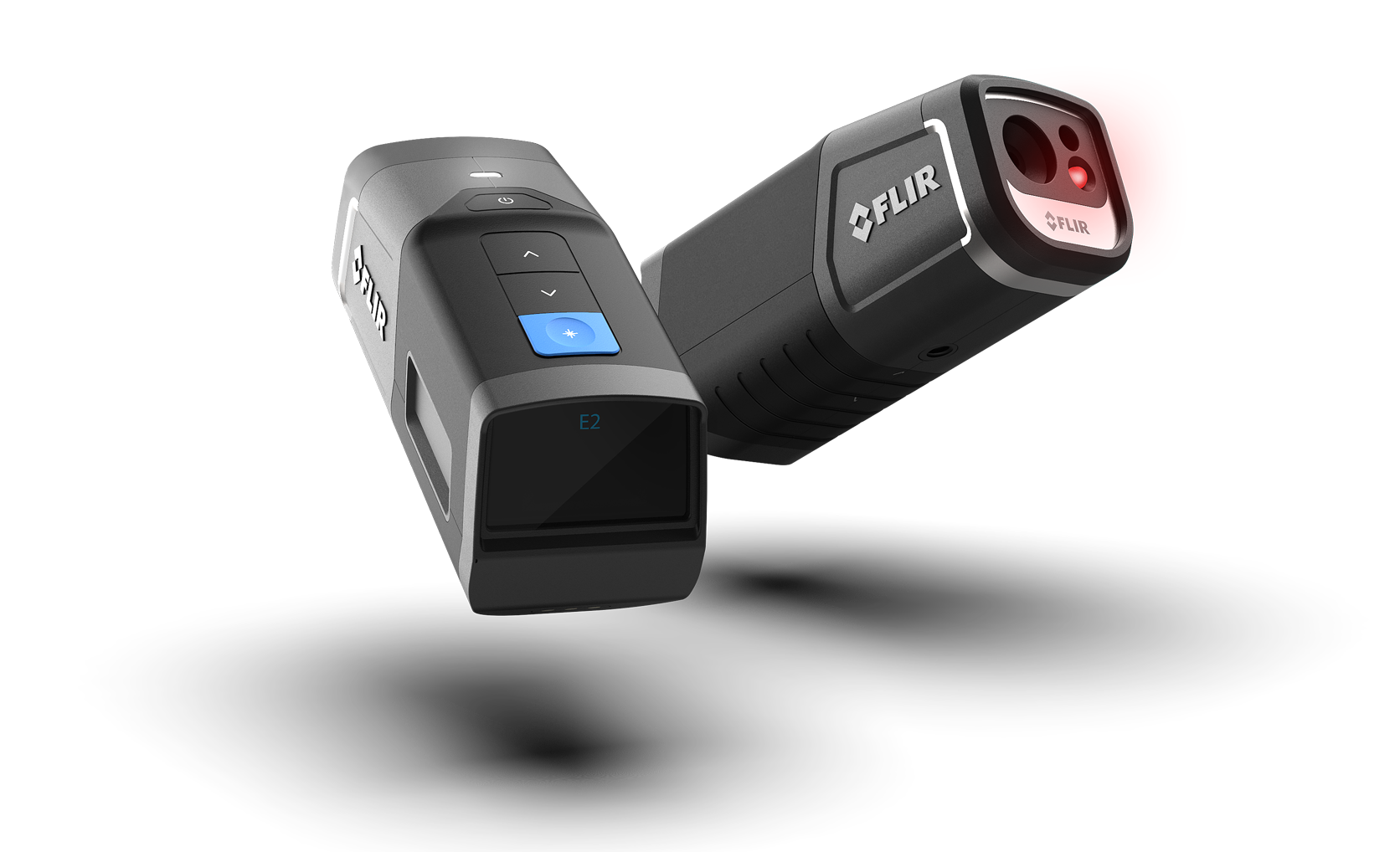 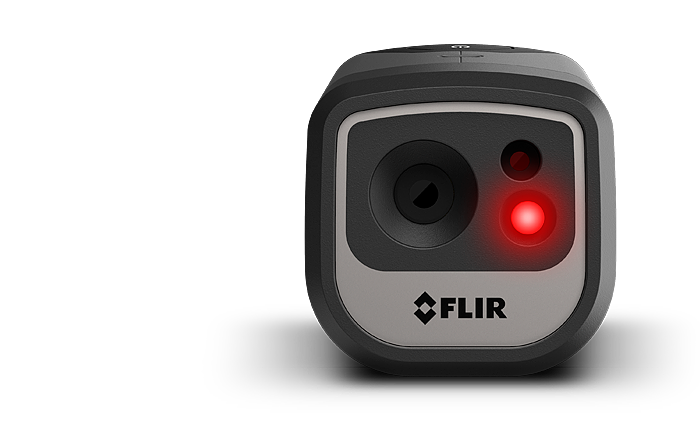 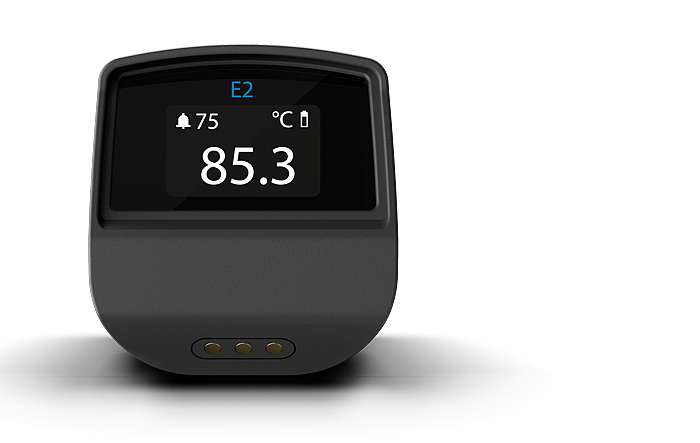 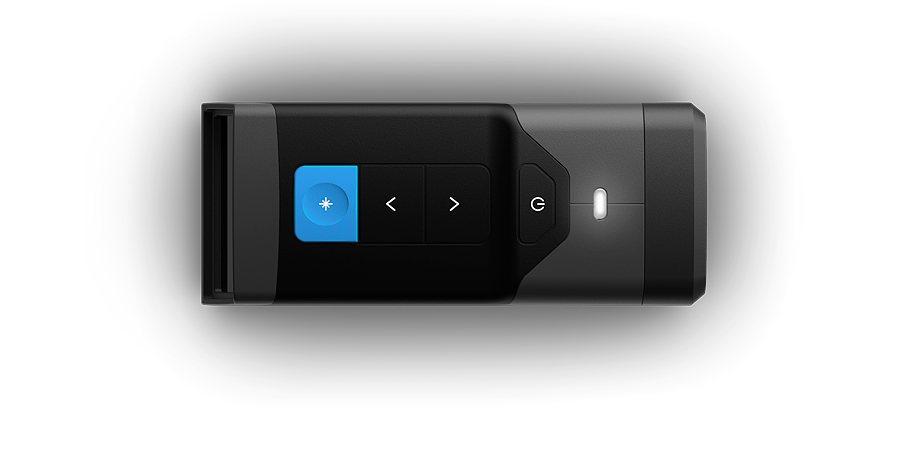 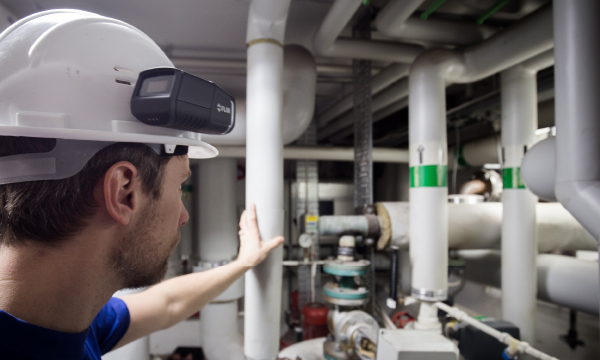 The standard application involves mounting the thermometer to the side of a safety helmet. An easy to use magnet locking system enables the most simple and convenient usage.

Mounting the device to the workers belt allows using it as a conventional ir-thermometer during the daily work. 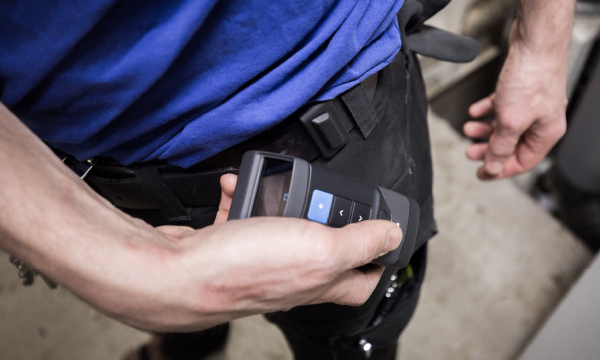 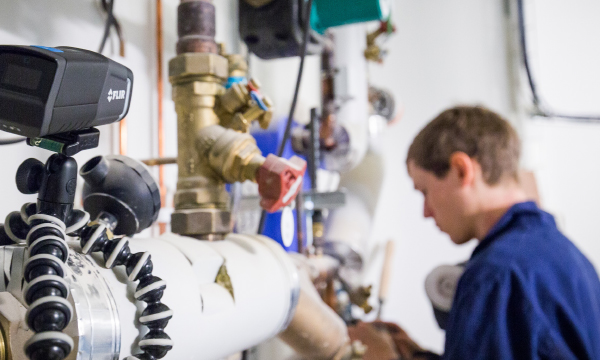 A thread on the bottom allows to mount it on a tripod and use it to monitor a certain area over time or give you immediate feedback if the temperature rises while working in the area. 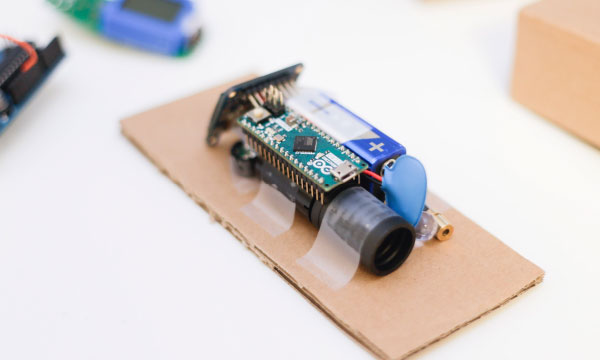 To create a realistic approach and a fully functional prototype, first proportions were set in cardboard 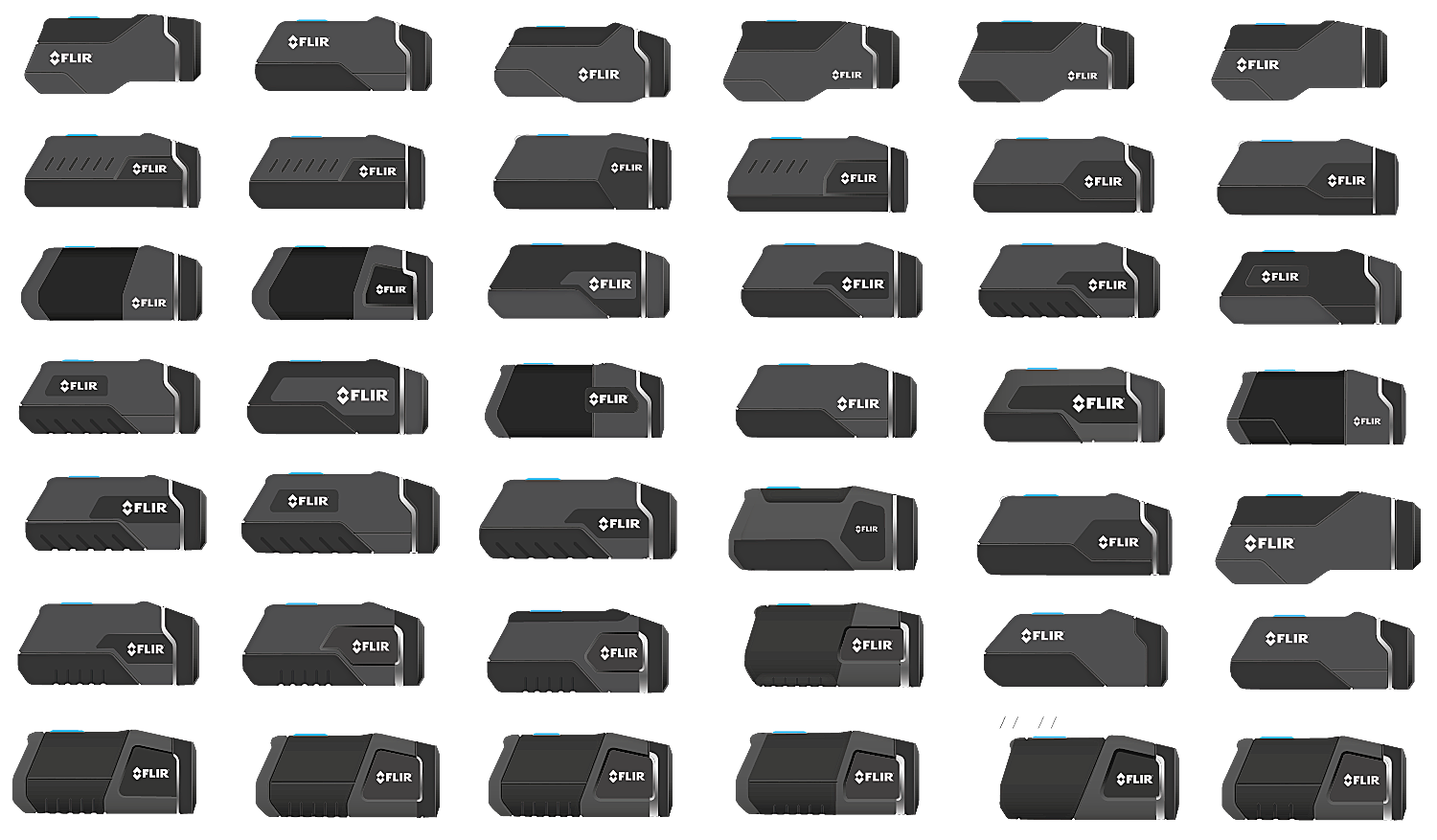 The form was further detailed through illustrative sideviews. The design freeze was set after 24h. 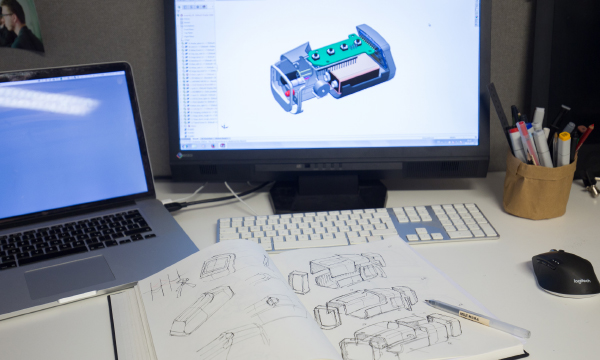 The parts were consctructed and optimized for manufacturing in Solidworks. Different splitting and assembly possibilities were evaluated.

3D printing was used to create the plastic shells which are held together with only two screws. 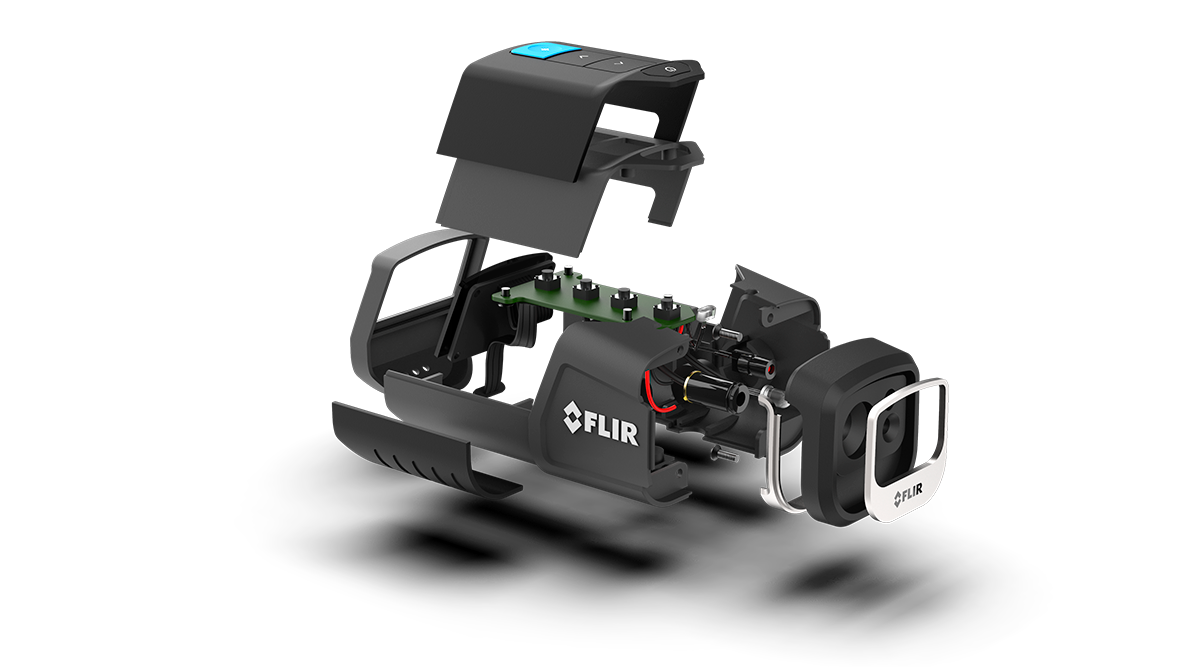